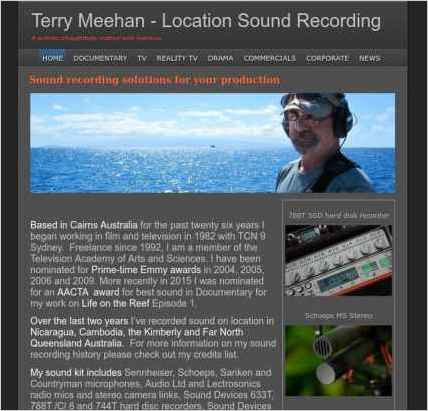 To build “Terry Meehan Location Sound Recording,” Terry Meehan chose Sandvox. He chose the “Smooth Dark” design for the site. People may want to visit the site if they are looking for Sound recording for Film & Television.

My target audience are film and television companies and producers all around the world.

The Sandvox design that I chose was immediately appealing and seems to suit my purpose well.

This website was created by Terry Meehan of Cairns, Queensland, Australia.